BVW Round 3: 43 MPH
When: Oct '18 (1 week)
Where: Entertainment Technology Center, CMU
Roles: Modelling, Rigging, Animation
Team Size: 5
Platform: Leap Motion, Unity
Tools: Autodesk Maya, Unity, Perforce
'43 mph' is an arcade racing game built using Unity. It uses motion controls via the leap motion. For this Round of BVW, we were prompted to build a game with replay value in ONE WEEK.

What is BVW: BVW (or Building Virtual Worlds), is the premier course for first years at CMU's Entertainment Technology Center. It is composed of 5 rounds spread throughout 1 semester. For each round, you're put in a random team of 5 (composed of 2 programmers, 2 artists, 1 sound designer) and the team is tasked with creating a complete AR/VR experience in the span of two weeks. After the 2 weeks, teams are shuffled.
Click here if you want to check out my BVW Round 2 project. 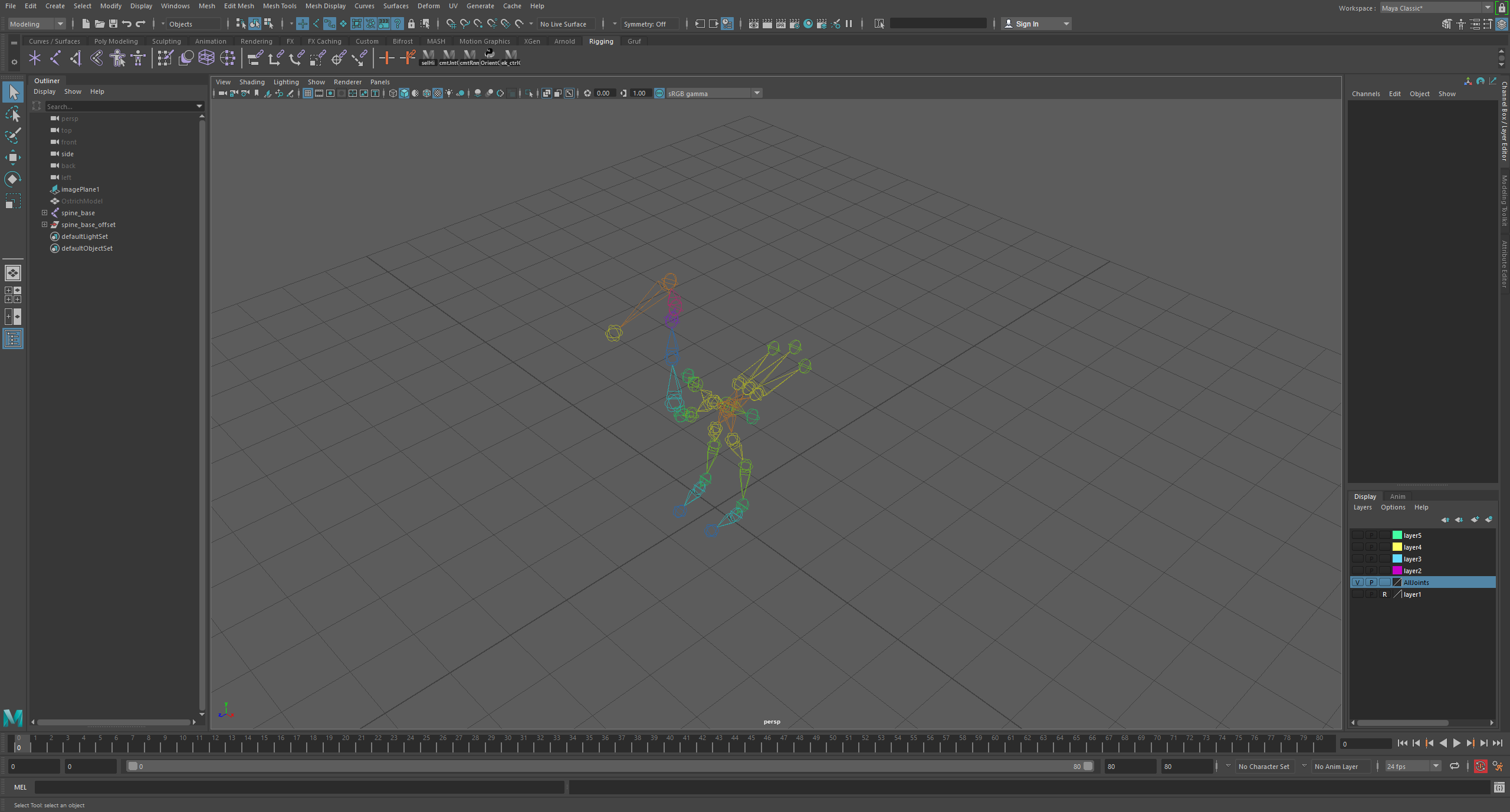 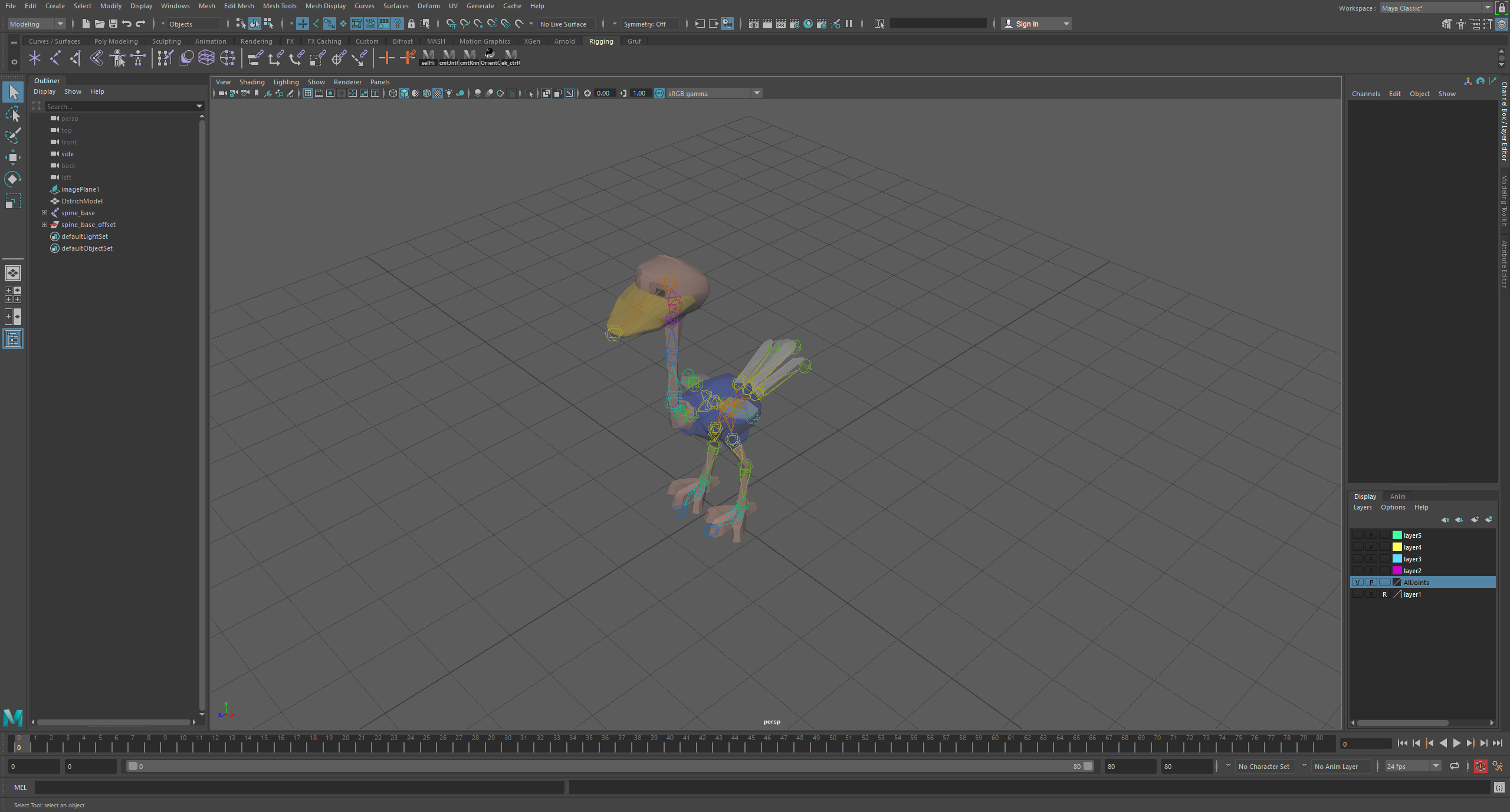 Previous Next
Above: The rig and controls built for the ostrich.

I then proceeeded to animate the model. I made sure to have smooth, animated transitions from each state to the next. I prepared a document with the breakdown of frames in the final FBX file I exported from Maya.


Above: Bipedal run cycle for the ostrich.
Above: Animation transitioning from run cycle to fly loop.
Above: Fly loop for the ostrich.
Having an intermediate level knowledge of IK systems and tools in Maya, I set out to research a few of the best rigging practices before I began work on the rig. I found out about the idea of having IK/FK switchable arms and the importance of naming conventions while rigging. I did not implement IK/FK switchable legs in the ostrich because the animations didn't require it but I did give a lot of importance of naming conventions with this rig. At this stage, I was trying to piece together different aspects and conventions of rigging; I had barely scratched the surface.

One thing that went horribly wrong with this rig was that I hadn't bothered to orient any of the joints properly while putting the rig together. I found out about the importance of joint orientation the hard way when I had reached the animation stage and the controllers wouldn't behave the way I wanted them to. Bottomline: The more I got into rigging, the more I realized the little I knew (as is the case whenever somebody sets out learning about a new discipline). I started identifying loopholes in my knowledge of rigging which was definitely a very good sign.

or check out what I worked on for BVW Round 2.